“THE CARMICHAEL SHOW” IS A SITCOM WITH SOMETHING TO SAY! 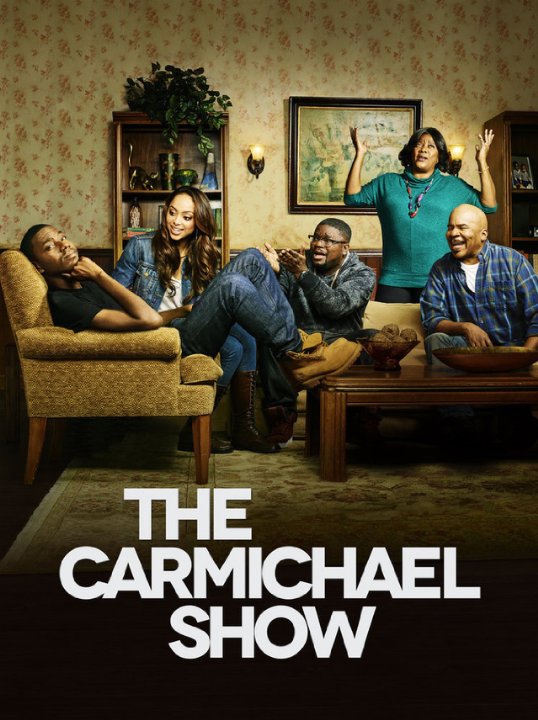 When “THE CARMICHAEL SHOW” premiered last year, I wasn’t particularly impressed.  Comedian Jerrod Carmichael stars in the sitcom which is based on his relationship with his family. Although the cast boasts Loretta Devine and David Alan Grier as the family matriarch and patriarch, the series felt ill-defined.  I think a big part of that was Carmichael himself.  While he’s a funny comedian, he’s not the strongest actor.  The show uses the family as a microcosm of America to discuss the issues of the day.  The comedy comes from the fact that the family rarely agrees on any given issue.  While I didn’t take offense in any of the topics discussed during the first season, the show hadn’t found its rhythm. Aside from that, the directors couldn’t find it in themselves to tell the incredible Loretta Devine to stop screaming in every scene.

But something unusual happened in season two. The show found its voice, it’s focus and all the players fell comfortably into their characters.  The directing got better and Miss Devine is still incredibly funny but much quieter.  Set in Charlotte, NC the Carmichael family sees each other all the time.  It doesn’t feel unnatural. I never question why they’re all together.  This is not a situation comedy in the traditional sense. The characters are naturally in each other’s orbits and as happens in real life, they discuss the issues families, friends and communities are discussing everyday. The difference is this show is able to inject humor into the discussions and as a viewer you don’t feel like you’re being hit over the head with a “very special episode.”  This season the show has covered gentrification, xenophobia, and Bill Cosby.  The latter of which was a thoughtful exploration of if it’s possible to separate one’s art from their personal behavior.  The show never tries to give a conclusive answer to any of the questions posed, but allows each character to have a strong point of view, while also taking pause to sometimes question their point of view, knowing that sometimes things are not so absolute.

The show boasts a talented cast and while Jerrod Carmichael is still the weaker link among them, he’s gotten better.  He’s a smart guy and his passion for the material comes across on screen. If the show goes forward, I’m confident he’ll get better.  Let’s not forget that Will Smith was such a weak actor during the early seasons of “FRESH PRINCE” that he can be seen mouthing the dialogue of his co-stars so that he remembers his cues.

It’s also great to see a family of color having these thoughtful, topical conversations on television. They could be any family in America.

You can easily join “THE CARMICHAEL SHOW” in season 2, without having seen the first season. I’ve added the show to my DVR and have found myself laughing loudly during a number of the episodes.  It’s definitely worth checking out.

Check out a clip from the gentrification episode below.