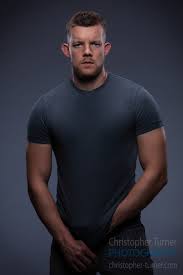 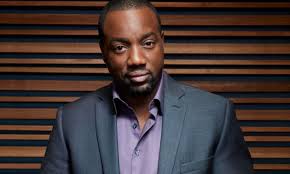 With the fall television season upon us, I started thinking about some actors that are floating out there who should be cast as series regulars.  To get things started, below are the three actors I’d like to see in contract roles.

I’ve been a fan of Malik Yoba since he was on the 90s FOX series NEW YORK UNDERCOVER.  I was happy to see him return to FOX this year as Vernon on EMPIRE.  Unfortunately, Vernon’s fate took a tragic turn by the end of the season, leaving Yoba out of a job.

I’d love to see Malik Yoba join the cast of HOW TO GET AWAY WITH MURDER as a rival attorney to Viola Davis’ Annalise Keating.  When we last left Annalise her husband had been killed and her lover framed for the murder, so not only would Yoba make a worthy adversary in the courtroom for Annalise, he’d also make a hot love interest for her as well.  I can imagine the chemistry between the two actors as being electrifying.

On a side note, I wouldn’t mind seeing Malik Yoba do a guest spot on BLACK-ISH, reuniting with former GIRLFRIENDS leading lady Tracee Ellis Ross. Yoba could play Rainbow’s ex-boyfriend from medical school who Dre has always felt insecure around.  This guest-casting would appeal the GIRLFRIENDS viewers who haven’t discovered BLACK-ish yet. 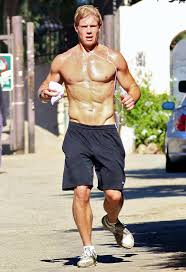 Model-turned-actor Trevor Donovan got his big break in 2007 when he was cast as Jeremy Horton on DAYS OF OUR LIVES.  While the role was short-lived, Hollywood casting agents took notice and by 2009 Donovan was cast as Teddy, the closeted jock on 90210.  Trevor Donovan gave a moving performance during Teddy’s coming out story and proved he was more than his good looks. After his stint on 90210, Donovan has mostly done episodic tv work and was seen most recently in the mini-series TEXAS RISING.

I think Trevor Donovan would make a great addition to the cast of SHAMELESS.  He could play the therapist for bi-polar Gallagher brother Ian.  Ian would want more than therapy from Donovan’s character, and while he knows it would be unethical to cross that line with Ian, this is SHAMELESS,  a show with very few boundaries.  And just for fun, Donovan’s therapist character could take a liking to Ian’s older sister Fiona, pitting brother and sister against each other.

American television viewers got to know British actor Russell Tovey during his two seasons on the now-cancelled HBO series LOOKING.  While there’s no shortage of television and stage work for Tovey in the UK, I’d like to see him back on tv here in the U.S.

Russell Tovey would make a great addition to THE GOOD WIFE as a cocky lawyer who joins forces with Alicia in her new firm.  Alicia would mentor him, much like Will mentored her early on in the series.  It would be fun to see Tovey go up against Cary and Diane in court often fumbling and leaning on Alicia for help.  He could have an inappropriate flirtation with Alicia who doesn’t want to, yet again, mix business with pleasure. Heading into its seventh season THE GOOD WIFE could use an infusion of some sexy new blood and Russell Tovey is more than capable of delivering.

Check back here for more from the CASTING CORNER.